Daily Devotion: When to be Thankful 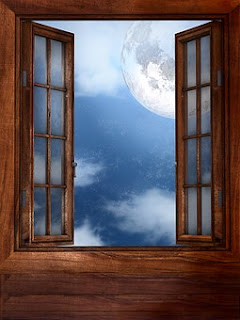 Key Verse: Verse 10 – “Now when Daniel knew that the writing was signed, he went into his house; and his windows being open in his chamber toward Jerusalem, he kneeled upon his knees three times a day, and prayed, and gave thanks before his God, as he did aforetime."

Key Words: when Daniel knew that the writing was signed

Daniel knew that when he opened the chamber window and faced Jerusalem and prayed that he was headed for the lion’s den. What amazed me is that Daniel didn’t ask for deliverance; his prayer was a prayer of “thankfulness.” In everything give thanks for this is the will of God in Christ Jesus concerning you.

In the most challenging of times Daniel didn't panic, he prayed and thanked God for the opportunity which was before him. WOW!

While very ill, John Knox, the founder of the Presbyterian Church in Scotland, called to his wife and said, “Read me that Scripture where I first cast my anchor.” After he listened to the beautiful prayer of Jesus recorded in John 17, he seemed to forget his weakness. He began to pray, interceding earnestly for his fellow men. He prayed for the ungodly who had thus far rejected the gospel. He pleaded in behalf of people who had been recently converted. And he requested protection for the Lord’s servants, many of whom were facing persecution. As Knox prayed, his spirit went Home to be with the Lord. The man of whom Queen Mary had said, “I fear his prayers more than I do the armies of my enemies,” ministered through prayer until the moment of his death.

It would have been wise for the presidents and princes to fear the prayers of Daniel (see vs. 4).

I close by reminding each of us to “be careful for nothing, but in everything by prayer and supplication with thanksgiving let your requests be made known unto God.”

What to do:
✞ Let us each ask ourselves who "fears" our prayers.