Daily Devotion: The When of Seeing 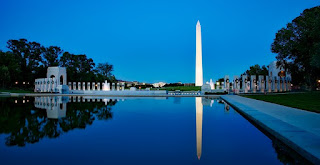 Key Verse: Verse 7 – “And when he looked behind him, he saw me, and called unto me. And I answered, Here am I."

Key Words: And when he looked behind him, he saw me

The story found in II Samuel 1 is very familiar to the casual Bible student. The Amalekite was a resident of Israel (vs. 13). The word strange means “resident alien.” He came and told Samuel of King Saul’s death. No doubt, he would have been familiar with the strain between David and Saul; and so it is believed he was giving Samuel some good news. But that was not the case at all. Verse 16 says, “And David said unto him, Thy blood be upon thy head, for thy mouth hath testified against thee, saying, I have slain the Lord’s anointed.” David could see through the Amalekite’s lies, and knew that he was the one that slew the king. His boasting had backfired on him, as it so often does for all of us.

Boasting is a sin that is nauseous.

A sightseeing bus was making the rounds through Washington, D.C., and the driver was pointing out spots of interest. As they passed the Pentagon building, he mentioned that it cost taxpayers millions of dollars, and that it took a year and a half to build. While everyone was looking at it, a little old woman piped up. “In Peoria, we could have built the same building for less, and it would have been completed even sooner than that!” The next sight on the tour was the Justice Department building. Once again the bus driver said that it cost so many millions to build and took almost two years to complete. The woman repeated, “In Peoria we would have done it for less money, and it would have been finished much sooner.” The tour finally came to the Washington Monument, and driver just passed slowly by without saying a word. The old woman was curious. “Hey,” she shouted to the driver, “what’s that tall white building back there?” The driver looked out the window, waited a minute and then said, “Search me, lady. It wasn’t there yesterday.”

What to do:
✞ Understand that boasting is a dangerous addiction. Ask God to give you victory over it.