Daily Devotion: The When of Favor 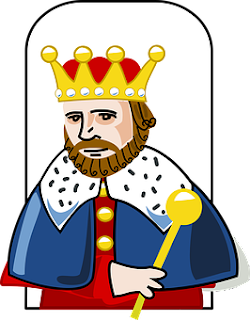 Key Verse: Verse 2 – “And it was so, when the king saw Esther the queen standing in the court, that she obtained favour in his sight: and the king held out to Esther the golden sceptre that was in his hand. So Esther drew near, and touched the top of the sceptre."

Key Words: when the king saw Esther the queen standing in the court, that she obtained favour in his sight

There are two ways to obtain favor. One, you can be like Esther, and bathe yourself in prayer. You can maintain a Godly testimony, and carry yourself as a Godly woman. That is one way to obtain favor. Then there’s the second way.

At one time, Howard Hughes was the richest man in the world. All he ever really wanted in life was more. He wanted more money, so he parlayed inherited wealth into a billion-dollar pile of assets. He wanted more fame, so he broke into the Hollywood scene and soon became a film maker and star. He wanted more sensual pleasures, so he paid handsome sums to indulge his every sexual urge. He wanted more thrills, so he designed, built, and piloted the fastest aircraft in the world. He wanted more power, so he secretly dealt political favors so skillfully that two U.S. presidents became his pawns. He was absolutely convinced that more would bring him true satisfaction. Unfortunately, history shows otherwise. He concluded his life emaciated; colorless; sunken chest; fingernails in grotesque, inches-long corkscrews; rotting, black teeth; tumors; innumerable needle marks from his drug addiction. Howard Hughes died believing the myth of more. He died a billionaire junkie, insane by all reasonable standards.

The first way of obtaining favor is productive, while the second is destructive.

What to do:
✞ Choose your way to obtain favor!