Daily Devotion: The When in Seeing 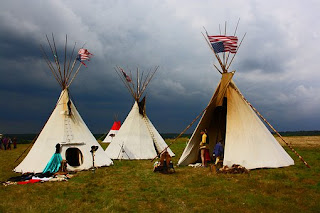 Key Verse: Verse 18 – “And when they saw him afar off, even before he came near unto them, they conspired against him to slay him."

Key Words: And when they saw him

Is there that person that when you see them, you automatically begin to think bad or evil thoughts?

Joseph’s brothers were that way. They couldn’t stand their baby brother. They wanted to see him dead; and they would have had it not been for the oldest brother, Reuben.

Think about Joseph.
All of this is because his brothers hated him, yet he forgave them (see Genesis 45:1-15).

When the first missionaries came to Alberta, Canada, they were savagely opposed by a young chief of the Cree Indians named Maskepetoon. But he responded to the gospel and accepted Christ. Shortly afterward, a member of the Blackfoot tribe killed his father. Maskepetoon rode into the village where the murderer lived and demanded that he be brought before him. Confronting the guilty man, he said, “You have killed my father, so now you must be my father. You shall ride my best horse and wear my best clothes.” In utter amazement and remorse, his enemy exclaimed, “My son, now you have killed me!” He meant, of course, that the hate in his own heart had been completely erased by the forgiveness and kindness of the Indian chief.

So let me ask when you see those who have hurt you, do you think ----hate or forgiveness?

What to do:
✞ When you see others you know, what are you thinking—love or hate?