Daily Devotion: The When In Patience 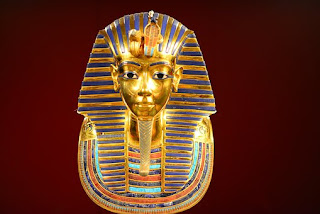 Key Verse: Verse 46 - “And Joseph was thirty years old when he stood before Pharaoh king of Egypt. And Joseph went out from the presence of Pharaoh, and went throughout all the land of Egypt."

Key Words: And Joseph was thirty years old when he stood before Pharaoh

Joseph had been in Egypt as a servant and as an inmate in prison for thirteen years. He began this journey at the age of seventeen (Genesis 37:2), and now he stands before Pharaoh. His dream of his brothers bowing before him was now about to become a reality.

Joseph’s training and preparation for his position as governor over all of Egypt took thirteen years. Joseph’s patience was about ready to pay a large reward.

So often in today’s world believers are not willing to go through the years of training and trials in order that they might fulfill God’s purpose for their lives.

Lou Nicholas writes: Recently I was waiting in the Philadelphia airport on a flight to a distant city. Every half hour, they would tell us that we would get an update in another half hour. I knew the plane was there, the crew was there, all the passengers were sure there, but the flight just kept getting postponed. I must admit that my patience was running low. When we were finally boarded and about to take off, the pilot explained what had been taking so long. He said, “Just before we were going to board you, our mechanics found a problem with two of our tires in a routine maintenance check. We had to replace both tires.” So all of a sudden I was so grateful for the delay that had been so frustrating. Now, there was a very good reason for that particular airline delay. I have to tell you the airlines don’t always have a good reason for their delays. God always does.

New England preacher Phillip Brooks was known for his calmness and poise. His intimate friends, however, knew that he, too, suffered moments of frustration and irritability. One day a friend saw him pacing the floor like a caged lion. “What is the trouble, Dr. Brooks?” asked the friend. “The trouble is,” replied Brooks, “that I’m in a hurry, but God isn’t.” And that’s normally the way it is.

What to do:
✞ Be patient; it pays a high “salary” in the end.