Daily Devotion: The When In Compromise 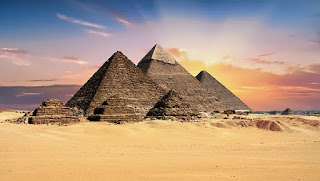 Key Verse: Verses 15 – “But when Pharaoh saw that there was respite, he hardened his heart, and hearkened not unto them; as the LORD had said."

Key Words: And when Pharaoh saw that there was respite, he hardened his heart

We know that Egypt went through the ten plagues and it seems as though on almost every account that when Moses confronted Pharaoh, he (Pharaoh) offered a counter proposal of compromise. For example, in verse ten, Pharaoh said don’t lead the people out of Egypt today; do it tomorrow.

Compromise is a part of Satan’s plan. I’m reminded of the story of the two brothers—both were members of the local mafia. As time would have it, the older brother died. The younger brother went to the local Baptist church who wanted to build a new auditorium." The brother told the pastor, "I want you to preach my brother’s funeral, and I will pay for your new auditorium." The pastor was shocked and gracious, but then the request came from the young mafia figure. “I will pay for your new auditorium if you will preach my brother’s funeral and all you have to say is that he was a saint." This left the pastor in a dilemma. They needed the new auditorium but to lie and compromise and call the mafia brother a saint, that’s difficult. The day of the funeral came and the congregation waited to see what their pastor would do. He preached a great message and ended it by saying, “The man which lies here before us was not perfect, but compared to his brother, he was a saint!”

Today, you and I are continually under pressure to “compromise.” Be strong, walk straight, do righteously. It will be worth it all in the end.

What to do:
✞ The only way not to be called a compromiser is “don’t compromise.”