Daily Devotion: When He Ran 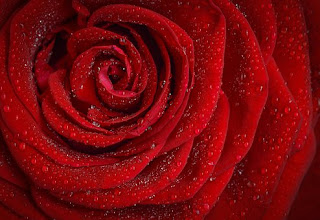 Key Verse: Verse 3 – “And when he saw that, he arose, and went for his life, and came to Beersheba, which belongeth to Judah, and left his servant there."

Key Words: And when he saw that, he arose, and went for his life

Elijah had been strong in his faith, and stood for God. So what happened to him? Why did he flee from Jezebel when he had stood up to the king, and to the prophets of Baal, but flees from Jezebel??

I am convinced that he was weary and tired. He had been from one battle to another. He saw himself as the only one standing. When we think we are alone, and are tired, it’s not the right time to make a major decision; but Elijah did just that. Of course, he made the wrong decision when he ran.

During times of discouragement when we are tempted to say, “That’s it; I quit,” we all need to have something we can reflect back on which God has brought us through successfully.

The American painter, John Sargent, once painted a panel of roses that was highly praised by his critics. It was a small picture, but it approached perfection. Although offered a high price for it on many occasions, Sargent refused to sell it. He considered it his best work and was very proud of it. Whenever he was deeply discouraged and doubtful of his abilities as an artist, he would look at it and remind himself, “I painted that.” Then his confidence and ability would come back to him.

When I see where God has brought me to in this life, and how He’s used me beyond my “natural” ability, I know where I belong . And while I may become weary in the battle, I, by God’s grace, will not grow weary of it.

What to do:
✞ Remember it is never a good time to run to where God “ain’t.”