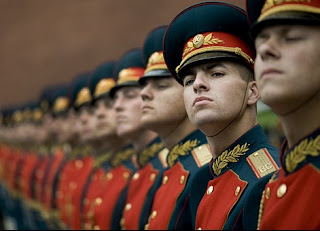 Key Verse: Verse 18 – “And it shall come to pass at the same time when Gog shall come against the land of Israel, saith the Lord GOD, that my fury shall come up in my face."

Key Words: when Gog shall come against the land of Israel

Ezekiel 38 is a prophetic portion of scripture which is yet to be fulfilled.

The 1991 collapse of the Soviet Union has directed our attention to the size and significance of Russia, by far the largest and most prosperous of the former republics. It is this country that seems to be what is indicated by Rosh, rather than either the old Soviet Union or the new Commonwealth.

The names Meshech and Tubal point directly to Russia. Both these names are linked with Gog and Magog by Ezekiel. Gesenius, whose Hebrew lexicon has never been surpassed, said that Gog is undoubtedly the Russians. As has been noted, Meshech and Tubal have often been identified with Moscow, the capital of modern Russia, and Tobolsk in Asiatic Russia. Modern Tobolsk was founded in 1587 in western Siberia, and from there the Cossacks rode eastward to open up all of Siberia to Russian domination. Meshech and Tubal, then, are names that stand for Russia in Europe and Asia.—John Phillips, Exploring the Future, p. 318.

What to do:
✞ It’s not a question of if Jesus is returning; it’s only a matter of when. Are you ready?