Daily Devotion: What Wilt Thou 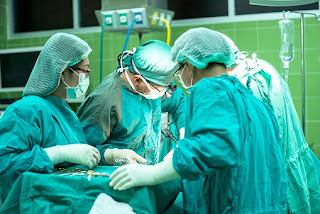 Key Verse: Verse 3 - “Then said the king unto her, What wilt thou, queen Esther? and what is thy request? it shall be even given thee to the half of the kingdom.”

Key Words: What is thy request

Haman was a gentile thug who happened to hold a position of leadership. Mordecai, who was a Jewish leader and also the uncle to Queen Esther, realized unless Esther interceded for her people with the king, many of them would soon die on Haman’s gallows.

The problem with Esther approaching the king was one of great concern to her. You see, if she approaches the king and he doesn’t receive here, she will be executed. So Esther prepares herself and dresses in her royal apparel and approacher the king, who held out his golden scepter. All is well. Esther’s courage has prevailed. Mordecai and the Jews will be saved because of the courage of a young lady—yes, the Jewish queen, Esther.

In the operating room of a large hospital, a young nurse was completing her first full day of responsibilities. “You’ve only removed 11 sponges, doctor,” she said to the surgeon. “We used 12.” “I removed them all,” the doctor declared. “We’ll close the incision now.” “No,” the nurse objected. “We used 12 sponges.” “I’ll take full responsibility,” the surgeon said grimly. “Suture!” “You can’t do that!” blazed the nurse. “Think of the patient.” The surgeon smiled, lifted his foot, and showed the nurse the 12th sponge. “You’ll do,” he said.

It’s the courage to do the right thing that always wins, even when it appears as though you’ve lost. Courage ultimately comes out victorious.