Daily Devotion: What Should I Do? 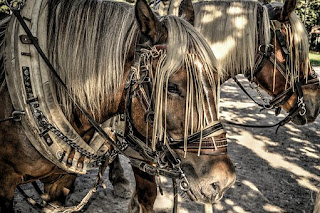 Key Verse: Verse 15 – "And Samuel said to Saul, Why hast thou disquieted me, to bring me up? And Saul answered, I am sore distressed; for the Philistines make war against me, and God is departed from me, and answereth me no more, neither by prophets, nor by dreams: therefore I have called thee, that thou mayest make known unto me what I shall do."

Key Words: that thou mayest make known unto me what I shall do

Saul again finds himself between a rock and a hard place.  It appears this is where he spent most of his time as a king.  The Philistines are gathering to battle against Israel and Saul is afraid and unsure of what God’s will was because the Lord had departed from him (verse 16).

There are a couple of reasons one may not know God’s will.  First, it could be that it’s not the right time for God to reveal it to you.  Elijah was told to go and hide himself by the brook Cherith; and God did not tell him what was next until it was time.  Secondly, it could be that one is like Saul and is out of God’s will (knew but didn’t do).

The problem most of us have, though, is not in knowing God’s will, but in doing it.

Adam and Eve knew they were not to eat from the fruit of the tree of knowledge of good and evil, but ate it anyway.

Cain knew to bring a blood sacrifice to God, but failed to do so anyway.

David knew not to commit adultery with Bathsheba, but did it anyway.

Saul knew he was to utterly destroy the Amalekites and all that they had, but failed to do so anyway.

Years ago, I had a sweet couple come to me asking me to marry them.  The problem was that one was saved and the other wasn’t!  I took a deep breath and then began to explain to them the problem of an unequal yoke (II Corinthians 6:14).  The one who was saved said, “I know that but I believe that love will overcome that.”  I didn’t marry them, but they did find someone who did.  The marriage lasted less than three years.  We often attempt to justify why we can disobey God and all will be well, but it doesn’t work that way…never has and never will.

What to do:
✞ Remember a jealousy such as Saul had will destroy. Be wise. Be godly.