Daily Devotion: What Have You Done? 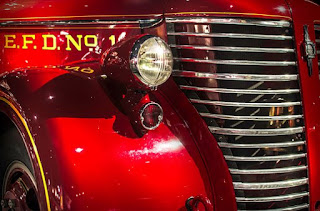 Key Verse: Verse 13 - “And the LORD God said unto the woman, What is this that thou hast done? And the woman said, The serpent beguiled me, and I did eat.”

Key Words: What is this that thou hast done

Sometimes mankind does some foolish and stupid things like Eve when she fell for Satan’s lies or like Cain who slew Abel (Genesis 4:10) or maybe like Abram who deceived Pharoah telling him his wife was his sister (Genesis 12:18). Yes, we can do some very foolish things.

Members of a Virginia volunteer fire department were so proud of their expensive new Hurst tool (known as the “Jaws of Life”) that they held a special demonstration last October to show how it could cut into an automobile and rescue people trapped inside. As an appreciative crowd looked on, two fire-fighters quickly ripped a door from a 1966 Buick. They pulled its steering wheel through the windshield and knocked out all the windows.

At that point, a voice cried out, “Hey, what have you done to my car?”

“The man was livid,” reported one onlooker. He had good reason to be upset. The firefighters, in their enthusiasm, had cut up the wrong car. Their president promised that the department would pay the owner for the loss of his car. “It was just a mistake,” the chief kept saying, “just a mistake.”

It was just a mistake, but you have to ask, “What in the world have you done?”

What to do:
✞ Remember the old saying—measure twice, cut once. Yes, that is a good idea.