Daily Devotion: What Counsel Do You Give? 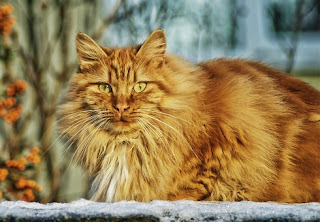 Key Verse: Verse 9 - “And he said unto them, What counsel give ye that we may answer this people, who have spoken to me, saying, Make the yoke which thy father did put upon us lighter?”

Key Words: What counsel give ye

Solomon has passed now; Rehoboam, his oldest son, rules in his stead.

Solomon had placed a great budern on the people to build the Temple. Taxation and other services were no longer needed because the Temple was finished.

So Rehoboam sought counsel from his “young” advisors who counseled him to make their burden greater. Bad mistake! Oppressing people never works out well. All one has to do is look back and study Egypt’s oppression of the Jews. Why, even America’s oppression by Britain teaches us a valuable lesson. Oppression never works out well for the oppressor. Oppressed people are trapped; if you have someone trapped, watch out! Their only alternative is to come out fighting, and so the oppressed Jews did; and Israel ended up a divided nation.

Some years ago when our girls were young, they talked us into keeping a stray cat. The cat ended up being named Tazmania, for he was indeed devilish. One day we needed to give Tazmania a flea bath. The whole family set out to catch the little devil. I finally trapped him in a corner. As I closed in, he began to growl at me. I mean, literally, growl. Undaunted, I continued my “close” relationship with him until finally he knew he was trapped. After which he did what I never expected; rather than just run, he attacked—leaping at me claws and all! I felt trapped and the fight was on. That’s what happens when people are oppressed; they feel as if there is no other option but to attack and fight!

Rehoboam received some bad counsel and the result was oppression and division—oppression never pays.

By the way I’m not sure who won between Tazmania and me. All I will say is he got his flea bath and I’ve got my scars.

What to do:
✞ Remember when you back people into a corner, you are asking for a fight.