Daily Devotion: What Can I Do For You? 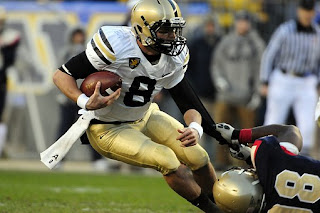 Key Verse: Verse 9 - “And it came to pass, when they were gone over, that Elijah said unto Elisha, Ask what I shall do for thee, before I be taken away from thee. And Elisha said, I pray thee, let a double portion of thy spirit be upon me.”

Key Words: what shall I do for thee

Elijah has been taken to heaven in a chariot of fire. Elisha has now taken his place, and God asks, “What shall I do for thee?” Elisha’s request is that you can give me a double portion of Elijah’s power, which God did.

Now Elisha’s request was answered, but we know that’s not always the case. Have you ever asked for something from God and didn’t get it? Let me hasten to say; God answers every prayer; it’s just that sometimes He answers no or not now. He does that for our good.

In James 4;3, we read “ye ask and receive not because ye ask amiss that ye may consume it upon your lusts.” Now we know God doesn’t answer a self-centered prayer but there is something that we that we often miss in this verse, and it’s the meaning of the word “amiss.” It means diseased, sick, ill. You could translate that to mean that a self-centered prayer is a diseased prayer. It is sick and ill prayer. There is also another translation that I prefer. If God answered our self-centered prayers, we would end up diseased, sick and ill. God answers no for our own protection. Either way though, the answer to the request is “no.”

As you read about Elisha’s request for a double portion of God’s power upon him, it’s not self-centered. As you read chapter 2 of II Kings we see Elisha wanted that power to glorify God.

There was a little boy who played on a football team who was something of a goof-off. He never really played hard, was always lazy, didn’t practice diligently, and so he never got to play.

On the last game of his senior year, the running backs in front of him all got hurt, so they had to put him in. His teammates and coaches couldn’t believe their eyes; he was playing like a wild man. They couldn’t believe this was the same kid. After the game, they came over to him to ask him why he played so well after all those years of goofing off. “Oh,” he said, “it’s simple. My father was blind. He died yesterday, so this is the first day he’s ever gotten to see me play.”

See, when you know Daddy is watching, it makes you want to perform at a higher level. It makes you perform for a greater reason. God has called you for His kingdom, which is what you do even beyond the church. Everything you do, you should do as if He’s watching. You should do it for His glory.

What to do:
✞ Always make your request for God’s glory to be revealed.