Daily Devotion: What Are You Thinking? 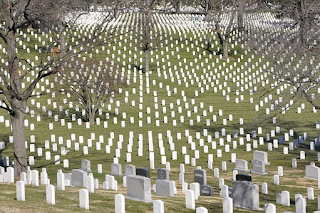 Key Verse: Verse 12 – “And Jephthah sent messengers unto the king of the children of Ammon, saying, What hast thou to do with me, that thou art come against me to fight in my land?"

Key Words: What hast thou to do with me?

It’s noteworthy to remember that Jephthah was a great warrior, but chose negotiations over fighting. This is easy to see as you read our Bible reading for today. It’s obvious from studying history that mankind loves war. Someone has said in all of history that there have only been 200 years where there has been no war occurring.

Jephthah was a mighty warrior, but he would have preferred to have no war. Jephthah’s philosophpy is the same as mine. Negotiate so as to not have to fight. But if negotiations fail, fight to win. So Jephthah basically is saying if you want to go to war, what are you thinking?

A group of academics and historians has compiled this startling information:

Since 3600 B.C., the world has known only 292 years of peace! During this period, there have been 14,351 wars large and small, in which 3.64 billion people have been killed. The value of the property destroyed is equal to a golden belt around the world 97.2 miles wide and 33 feet thick. Since 650 B.C., there have also been 1,656 arms races, only 16 of which have not ended in war. The remainder ended in the economic collapse of the countries involved.

A few years ago, a Dutch professor took time to calculate the cost of an enemy soldier’s death at different epochs in history. He estimated that during the reign of Julius Caesar, to kill an enemy soldier cost less than one dollar. At the time of Napoleon, it had considerably inflated—to more than $2,000. At the end of the First World War, it had multiplied several times to reach the figure of some $17,000. During the Second World War, it was about $40,000. And in Vietnam, in 1970, to kill an enemy soldier cost the United States $200,000.

What to do:
✞ Seek peace, and ensue it.