Daily Devotion: What Are They Doing? 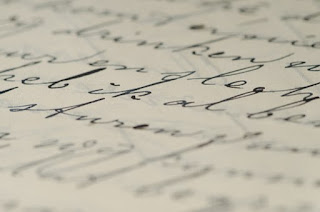 Key Verse: Verse 2 – “And he spake before his brethren and the army of Samaria, and said, What do these feeble Jews? will they fortify themselves? will they sacrifice? will they make an end in a day? will they revive the stones out of the heaps of the rubbish which are burned?”

Key Words: What do these feeble Jews

The leaders of Babylon were mocking the Jews as they were rebuilding the walls around Jerusalem. They said not only were they feeble (weak), but they are not willing to do what it takes to finish the task. They will not sacrifice. If they can’t finish in a day, they will quit. Their workmanship is poor. Why, even a fox bumping against the wall will bring it down.

The wall was built because Nehemiah and the Jewish people stayed on the job rather than listening to their critics.

English evangelist George Whitefield (1714-1770) learned that it was more important to please God than to please men. Knowing that he was doing what was honoring to the Lord kept him from discouragement when he was falsely accused by his enemies. At one point in his ministry, Whitefield received a vicious letter accusing him of wrongdoing. His reply was brief and courteous: “I thank you heartily for your letter. As for what you and my other enemies are saying against me, I know worse things about myself than you will ever say about me. With love in Christ, George Whitefield.” He didn’t try to defend himself. He was much more concerned about pleasing the Lord.

What to do:
✞ It’s hard to do the work of God if you are constantly stopping to listen and respond to your critics.