Daily Devotion: What Advice Do You Have? 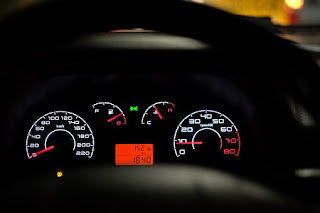 Key Verse: Verse 9 - “And he said unto them, What advice give ye that we may return answer to this people, which have spoken to me, saying, Ease somewhat the yoke that thy father did put upon us?”

Key Words: What advice give ye

The story in II Chronicles is the same as in I Kings 12. Rehoboam is now the king of Israel. He is seeking advice in regard to easing the burden Solomon had placed on the people during the building of the Temple.

I am convinced that Rehoboam's mind was already made up. He knew he was going to levy a heavier burden on the people rather than heed the caution of the wiser, older men. He did what he wanted, not what God wanted.

We have lights in our cars today that let us know when something is not right with our engine. There are lights for checking the engine, checking the coolant system, and checking the tires.

One time, my check coolant system light was on and had been on for four months! I wished that light wouldn’t come on. I didn’t want that light to come on. It irritated me when it came on. But that light still kept coming on. It was trying to tell me that I had a problem and it was going to keep blinking until I took it to the manufacturer to check the car out.

Now, if I wouldn’t have ever taken that car to be checked out, eventually I’d have a much bigger problem on my hands. The light was thee to give me a warning that would drive me to the manufacturer.

The Bible is shining and throwing up various caution signals and lights. It shows us where we sin and where we offend God. If we don’t go to the Maker and allow Him to address the issues in our life, we are going to end up with much bigger problems on our hands in years to come. Isn’t that what happened to Rehoboam? He ended up with a much bigger problem.

What to do:
✞ Remember you are free to do what you want, but you are not free to choose the consequences of your actions.