Daily Devotion: Do What is Good 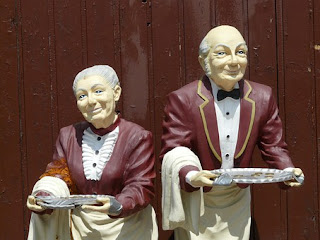 Key Words: do therefore what is good in thine eyes

Mephibosheth is the son of Jonathon. He was also lame from an accident which had occurred years earlier. After Jonathon’s death, David took Mephibosheth and treated him as a son.

In II Samuel 19, there is rebellion against David, and Mephibosheth is accused of joining in the rebellion. His reply to being accused of rebelling is found in verse 27, “Do therefore (to me) what is good in thine eyes.”

That’s the character of greatness!!

Hudson Taylor was scheduled to speak at a large Presbyterian church in Melbourne, Australia. The moderator of the service introduced the missionary in eloquent and glowing terms. He told the large congregation all that Taylor had accomplished in China, and then presented him as “our illustrious guest.” Taylor stood quietly for a moment, and then opened his message by saying, “Dear friends, I am the little servant of an illustrious Master.”

Aren’t we all?? It just appears though that some have never come to this rare realization!

What to do:
✞ It’s always wise to remember just as faith and works go together, not for salvation but for service, so do goodness and humility.