Daily Devotion: The Where of Presuming 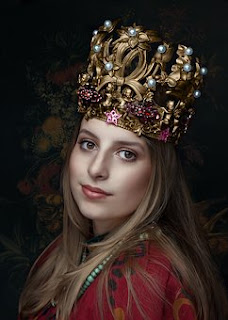 Key Verse: Verse 5 - “Then the king Ahasuerus answered and said unto Esther the queen, Who is he, and where is he, that durst presume in his heart to do so?"

Key Words: where is he that durst presume

Do you know the story of the King, Esther, Haman, and Mordecai? Rather than presume that you do, I will briefly write about it.

Esther had been chosen by the king to be his queen after Vashti his ‘previous’ wife had refused to be put on display by the king.

Esther was the niece of Mordecai, a leader of the Jews. Haman was the king’s right hand man and had persuaded the king to give him additional authority over the Jewish people. Haman’s plan was to execute the Jew who refused to bow before him. Mordecai did refuse and so Haman is out to kill him. Unbeknownst to Haman was the fact that Mordecai is the uncle of the queen, who interceded for Mordecai and the Jews. She told the king of a man’s plot to destroy her people (the Jews). Thus the words of the king, “Where is he that durst presume in his heart to do so?”

Haman assumed the king would stand with him but he presumed incorrectly. Of course this resulted in the execution of Haman. Presuming can get you into trouble.

A family of five was rushed to the hospital to have their stomachs washed out after the cat with whom they had shared a meal of mushrooms suddenly began to have stomach contractions. While members of the family showed no signs of illness, the doctor still had them rushed to the hospital. When they returned home, they found the cat feeling well, after having produced five kittens.

Oh the pain of being presuming!!!!! I think we all get the point by now.

What to do:
✞ Presume…but it may end up hurting you.