Daily Devotion: The Where of Loyalty 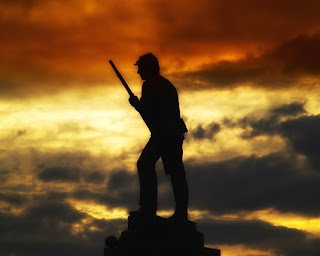 Key Verse: Verse 17 - “Where thou diest, will I die, and there will I be buried: the LORD do so to me, and more also, if ought but death part thee and me."

Key Words: Where thou diest, will I die

Ruth was a Moabite leaving her homeland to go with her mother-in-law Naomi to Israel. Ruth had been begged (vs. 16) by Naomi to stay in Moab, but Ruth refused and said, “Where thou diest, will I die.” Now that’s loyalty. Here’s what I’ve found—if someone isn’t loyal to you, they’ll not be loyal to God either and vice versa. If one is not loyal to God, they’ll not be loyal to you either.

Remember Adam and Eve who listened to the serpent and disobeyed God. They were not “loyal” to God; but they weren’t loyal to anyone. Adam blamed Eve. Eve blamed the serpent. No loyalty at all.

Ruth had a character that was loyal.

As the soldiers prepared for a frontline attack from the enemy, a young private handed his buddy a letter. “If I don’t make it back and you do, would you take this letter and see that Sally gets it? Tell her my last thoughts were of her, and her name was the last word on my lips. And here’s a letter for Helen, too. Tell her the same thing.”

Now what kind of loyalty do you have for God? Ruth’s or the soldier’s?

Ruth was beautiful both outwardly and inwardly. It can be seen through these words—“Where thou diest, will I die.”

What to do:
✞ How loyal are you to God?