Daily Devotion: Where Is Our Boasting? 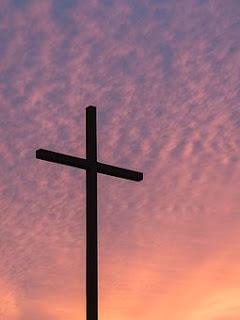 Key Words: Where is boasting then

If we are saved by the grace of God through faith (and it is the only way to be saved), then what do we have to boast about?

Romans 3:24, “Being justified freely by his grace through redemption that is in Christ Jesus…”

I will confess to you, boasters can have a tendency to bother me just a tad.

Boasting reminds me of a sightseeing bus that was making the rounds through Washington, D. C., and the driver was pointing out spots of interest. As they passed the Pentagon building, he mentioned that it cost taxpayers millions of dollars and that it took a year and a half to build. While everyone was looking at it, a little old woman piped up:

“In Peoria we could have built the same building for less, and it would have been completed even sooner than that!”

The next sight on the tour was the Justice Department building. Once again the bus driver said that it cost so many millions to build and took almost two years to complete.
The woman repeated: “In Peoria we would have done it for less money, and it would have been finished much sooner.”

The tour finally came to the Washington Monument, and the driver just passed slowly by without saying a word.

The old woman was curious. “Hey,” she shouted to the driver, “what’s that tall white building back there?”

The driver looked out the window, waited a minute and then said, “Search me, lady. It wasn’t there yesterday.”

What to do:
✞ Remember, when it comes to salvation, we have nothing to boast about other than Jesus.