Daily Devotion: Where Is the Gin? 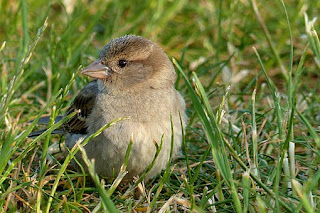 Key Verse: Verse 5 – “Can a bird fall in a snare upon the earth, where no gin is for him? shall one take up a snare from the earth, and have taken nothing at all?"

Key Words: where no gin is for him

Israel is living in iniquity (verse 2), and they believe they will receive no chastening for their iniquity. So Amos asks (verse 4), “Will a lion roar in the forest, when he hath no prey?” And the answer is, of course not. Verse 6, “Shall a trumpet be blown in the city, and the people not be afraid?” Absolutely not. Verse 5, “Can a bird fall in a snare upon the earth, where no gin [trap] is for him?” No.

A “gin” is a trap. Of course a bird is not going to get caught in a snare unless a trap is laid for him. When I was a boy, they used to tell me that I could catch a bird if I put salt on its tail. So I ran all over the neighborhood trying to get salt on a bird’s tail—and found it didn’t work! I found that I couldn’t catch a bird without a trap. In nature there is always the principle of cause and effect. If you are going to catch a bird, you will have to have a trap.

Now here is another question: “Shall one take up a snare from the earth, and have taken nothing at all?” A man is not going to keep setting a trap if he doesn’t catch anything in it. I used to have six traps when I was a boy. In the fall of the year, I would ride down on my bicycle every morning before school to see if I had caught anything. In one of those six traps I would usually have a possum or a rabbit, sometimes I would have a skunk. (I always gave the skunk to a friend of mine. Although I could get more for the fur, I didn’t care for the scent.) After I had left a trap in a place day after day and caught nothing, it would be foolish for me to continue to leave the trap there; so I would move it to some other place. If you are going to put out a trap, you expect to catch something in the trap.

The principle here is easy. God isn’t going to allow Israel to continue to live the way they are living. They are going to ensnare themselves in the trap of life.

What to do:
✞ Remember, you will never get away with sin. It will find you out.