Daily Devotion: Where Art Thou? 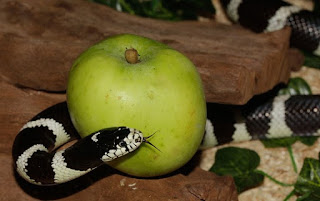 Key Verse: Verse 9- “And the LORD God called unto Adam, and said unto him, Where art thou?"

Key Words: Where art thou?

It’s not that God didn’t know where Adam was; God is omniscient. When we sin, God wants us to acknowledge our sin, confess it and ask for forgiveness. But that is far from what Adam and Eve did. Adam blamed Eve, and Eve blamed Satan.

Howard Hendricks has a unique way of making you squirm on the horns of a dilemma. One of those unsettling dilemmas involves marriage partners who are frustrated with the way their spouse turned out. One such guy approached Dr. Hendricks with a list of gripes about his wife. Hendricks consoled the guy with his Columbo-type tactics. He told the man he was really surprised that a man of his intelligence would marry a woman with so many blatant faults. The man quickly defended his prenuptial decision by declaring, “She wasn’t that way when I married her!” Hendricks then retorted, “Then I guess you made her that way.” The fault we often foist upon our spouse can frequently be the result of our own activities, or lack thereof. As one old cowboy put it, “A man who treats his wife like a thoroughbred will never end up with an old nag.”

Thought: If Adam and Eve lived today, they would probably sue the snake.

What to do:
✞ It takes a small person to blame another for their failure.