Daily Devotion: Where Are Your Fathers? 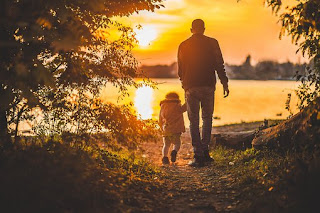 Key Verse: Verse 5 – “Your fathers, where are they? and the prophets, do they live for ever?"

Key Words: Your fathers, where are they

Zechariah was a prophet of God during the time of the Mede-Persian Empire under Darius. Remember Darius? He was the one who had Daniel put into the den of lions.

The Jews, now held captive by the Medes and the Persians, kept talking about how great their fathers were. Finally, Zechariah had had enough and cries out, “Your fathers, where are they?” It was their fathers who had turned their backs on God and had brought them to the place of captivity. (See verse 4.) Their fathers had refused to hear God.

I have discovered that with age comes numerous challenges, one of which is hearing. I often say to my dear wife, “You’re losing your hearing.” She insists it’s not her, but me.

After encountering considerable trouble communicating with his wife, the husband concluded the poor old gal was losing her hearing. On a mission to prove his point, he conducted a personal hearing check. While she sat on the other side of the room with her back to him, he quietly asked, “Can you hear me?” There was no response. He then moved a little closer and repeated his question. Again, no response. The self-proclaimed audiologist got even closer and asked the same question. With no reply he took his test to the back of the chair and asked, “Can you hear me now?” To his total surprise, she responded with a twinge of irritation, “For the fourth time, yes!”

And this is the point, we often think it’s the other person who has a hearing problem with God when it might be us!! Think about it.

What to do:
✞ Who really has the hearing problem? You or the other guy?