Daily Devotion: Where Are They? 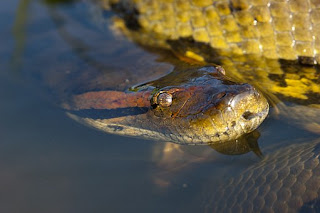 Key Verse: Verse 22 - "Then went he also to Ramah, and came to a great well that is in Sechu: and he asked and said, Where are Samuel and David? And one said, Behold, they be at Naioth in Ramah."

Key Words: Where are Samuel and David

First Samuel 19 is a picture of God’s intervention and protection. King Saul, out of jealousy, wants David “dead”. David, knowing this, flees to Samuel for protection. When Saul finds out where David is, he sends “messengers” to capture David. When they arrive, there is a revival taking place, and the Spirit of God falls upon them. When Saul finds out, he sends another group to capture David, but they have the same result as the first group. Saul sends a third group which ends in the same result as the first two groups. So Saul goes himself, and the Spirit of God comes upon him. Now he, like the other three groups, is more concerned with other things than capturing David. All of this is God’s intervention and protection.

Lorrie Anderson, missionary to the head-shrinking Candoshi Shapra Indians of Peru, was looking for a quiet place for her daily time of Bible reading and prayer, so she went down by the edge of the river. After reading the Bible, she took up her prayer list. Eyes closed, she did not see the deadly anaconda weaving through the water until it struck, flesh. It withdrew to strike, biting her arm again and again as it held her, screaming, in its coils. It reared up for the death blows. Then suddenly the giant snake, never known to release its prey, relaxed its grip and slithered off through the water. While Lorrie was being treated, a witch doctor from a nearby village burst into the hut and stared at her. She couldn’t believe Lorrie had survived. She said her son-in-law, also a witch doctor, had chanted to the spirit of the anaconda that morning and sent it to kill the young missionary. “I’m certain,” Lorrie said, “that except for the protection of God, it would have worked.”

What to do:
✞ No matter where you are, in God’s will, you are under God’s protection.