Daily Devotion: Where Are the Gods? 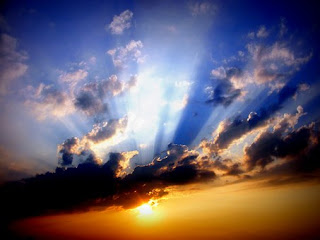 Key Words: Where are the gods

The Scripture in Isaiah, chapters 36 – 38, take us back to II Kings 18 and 19, where the Assyrian army was on the verge of attacking Israel. The Assyrians had defeated nine other kings. Isaiah, undaunted, told the leaders of the Assyrians that God would give the victory. Rabshakeh, the Assyrian general, warned Hezekiah that they had heard that from the other nations who had told them that their god, the gods of Hamath, Arphad, and Sepharvaim would deliver them; but they didn’t! The Assyrians were not facing just another god, but the God of all gods – Jehovah God!!

There's a magnificent hotel in the Bahamas. It's named after the lost city of Atlantis. It is a monstrosity of a building and is viewed as one of the greatest hotels in the world. There is a water park in the middle of the hotel. In the middle of the water park is a water slide disguised as a huge Egyptian pyramid. This pyramid water slide goes straight down at lightning speed. Lines are always long for this slide. Not only is it a thriller, but as you go down you slide through an aquarium that holds some of the most dangerous fish in the world. The aquarium is contained by thick glass that acts as a barrier between the hotel guests and that which would eat them alive. That slide is a scary drop through a tank of scary fish, but there is a protective covering to keep the fish away from the visitors.

Sometimes life is a scary slide. Sometimes there seems to be trouble all around. But God protects those who fear Him and delivers them out of their trouble. Sometimes He keeps us from the trouble altogether; sometimes He lets us slide right on through. Either way, we come out on the other side.