Daily Devotion: The Why for Parables 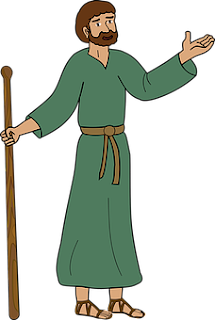 Key Verse: Verse 10 - "And the disciples came, and said unto him, Why speakest thou unto them in parables?"

Key Words: Why speakest thou unto them in parables?


A parable is a true story which illustrates a point. John Phillips writes the following in regard to our text.

The disciples, as mystified as everyone else, asked for an explanation for this new kind of teaching. The Lord's answer clearly revealed His change of attitude toward the Jews since their blasphemy of the Holy Spirit. “Because it is given unto you to know the mysteries [secrets] of the kingdom of heaven, but to them it is not given,” He said (13:11). The Lord had closed the door on Israel as a nation.

Individual Jews can still be enlightened by exercising personal faith in Christ. These believers become members of the church and heirs of the heavenly kingdom. Unregenerate Jewry to this day is devoid of understanding and blind to the mystery truths of the kingdom.

The Lord added a comment about His method: “Whosoever hath, to him shall be given, and he shall have more abundance; but whosoever hath not, from him shall be taken away even that he hath” (13:12). The disciples were a case in point. As time went on, especially after Calvary and Pentecost, their eyes were opened to all truth. Israel became more and more blind, rejecting the Son of God in the Gospels and the Spirit of God in Acts, thus sealing their doom for the entire church age.

What to do: (Thought)
✞ He who refuses to see becomes more and more blind.