Daily Devotion: Why Do the Heathen Rage? 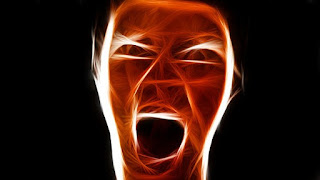 Key Verse: Verse 1 – "Why do the heathen rage, and the people imagine a vain thing?"

Key Words: Why do the heathen rage

This is what our courts call premeditated crime. This is not a crime of passion, but a crime of purpose; one which has been planned and carried out by deliberate design.

The next important word is set: “the kings of the earth set themselves.” The word literally means to take one’s stand, in other words, the nations take up position. They decide they have had enough of religion, especially the Judeo-Christian religion, and they take their stand against it.

Isn’t that the world we live in today? I am reminded of the words of Hillary Clinton in this past presidential election when she was unaware that her microphone was live, “Evangelical Christians are the problem. They are the ones keeping America from moving forward.” The world today has premeditated itself to destroy Christianity and that, my friends, is why the heathen rage.

What to do:
✞ Remember, you are salt and light. So flavor the world with Christ by letting your light shine.