Daily Devotion: Why Didn’t I Die? 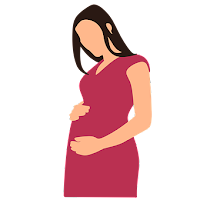 Key Verse: Verse 11 - “Why died I not from the womb? why did I not give up the ghost when I came out of the belly?"

Key Words: Why died I not from the womb?


Job’s question of why he did not die at birth is one that numerous people have asked when going through difficult situations…and Job’s situation was extremely difficult. His children had died, he had lost his livelihood and his health, and his friends were belittling him. So Job asked, “Why died I not from the womb?” The answer is God had Job right where He wanted him, and right when He wanted him there. It’s often those difficult times of life that is why God has us here.

Today you may be going through a difficult time. Don’t begrudge it. It could be that God has you here for such a time as this, so others can see the glory of God at work.

A little boy's legs were not developing as they ought. The pediatrician told his parents that their son needed to wear a leg brace, which would help to position the legs and feet to grow properly. The parents wanted to do the right thing for their son but were miserable following the doctor’s orders. The bar held the little boy’s feet and legs completely straight and unbendable. Each night when his parents would put the brace on and put him to bed, he would cry from discomfort and from his dislike of it. The little boy was sure to have felt hurt that his parents would treat him wrongly and possibly he even doubted their love for him. The mother was at times tempted to take off the bar but resisted because she felt in her heart that she was doing the right thing for her son.

As difficult as this time was, the doctor, the mother, and the father did what they did because of their concern and their thought for his future well-being years down the road. They were willing to sacrifice convenience now for a better life later.

God cares for His children. Right now He might use means of restraint and discomfort to achieve His desired result but He operates out of the love He has for us.

What to do:
✞ Remember, God has you in your particular situation for such a time as this.