Daily Devotion: Why Are You Judging Others? 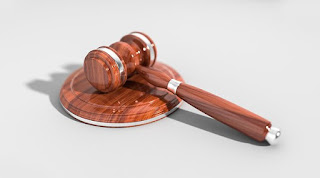 Key Words: why dost thou judge thy brother?

There is a game that’s played in some churches called “The Judge.” The game goes something like this. First, we pretend to be better than others. That allows us to operate as the Judge. Secondly, we decide how pious and righteous others are by their appearance, by what we hear about them, and by what we see.

The problem is that the one judging doesn’t measure up to the Bible. We are told in John 7:24 that we are not to judge based upon appearance only. In our text, we are asked why we are judging our brother. This, indeed, is a dangerous game.

In his little book Illustrations of Bible Truth, H. A. Ironside pointed out the folly of judging others. He related an incident in the life of a man called Bishop Potter.

“He was sailing for Europe on one of the great transatlantic ocean liners. When he went on board, he found that another passenger was to share the cabin with him. After going to see the accommodations, he came up to the purser’s desk and inquired if he could leave his gold watch and other valuables in the ship’s safe. He explained that ordinarily he never availed himself of that privilege, but he had been to his cabin and had met the man who was to occupy the other berth. Judging from his appearance, he was afraid that he might not be a very trustworthy person. The purser accepted the responsibility for the valuables and remarked, ’It’s all right, bishop, I’ll be very glad to take care of them for you. The other man has been up here and left his for the same reason!’“

What to do:
✞ With the same judgment we judge, we shall be judged. Think about it.