Daily Devotion: Whose They Are 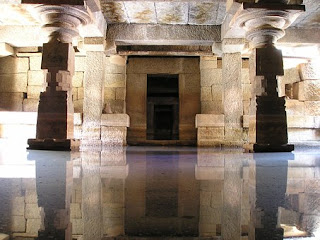 Key Verse: Verse 4 - “And he answered and spake unto those that stood before him, saying, Take away the filthy garments from him. And unto him he said, Behold, I have caused thine iniquity to pass from thee, and I will clothe thee with change of raiment."

Key Words: I have caused thine iniquity to pass from thee

But somewhere in the onset of the rebuilding of the temple Satan threw a curve into the building program by accusing a priest named Joshua of having filthy garments, symbolizing his sinful condition. But God took over and said through His angel, “I will clothe thee with change of raiment.”

One of the great errors of our day is focusing more on what people do than who they are. Let me explain.

When my dad was alive and all three of his children would get together, someone would inevitably say, “I’m dad’s favorite.” That led the rest of us to say the same. We would argue who was dad’s favorite. My sister would say she was because she was the oldest; my little brother would say he was because he was the youngest; and my argument would be that I’m dad’s favorite because I’m the only one with a college degree. Dad would finally break up the argument by saying, “I love you all, not because of you being the oldest, or the youngest, or having a college degree. I love you all the same, not because of what you are but whose you are. You are mine!” Amen!!

May we begin to see people, not just for what they do, but whose they are: God’s.