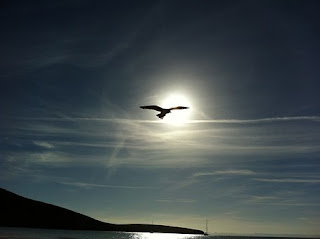 Key Verse: Verse 16 - “These are the things that ye shall do; Speak ye every man the truth to his neighbour; execute the judgment of truth and peace in your gates:”

Key Words: Speak ye every man the truth to his neighbour

A pastor came to a new church. After he had been there for a few months, he got to know two of the influential men of the church who were brothers. They were multi-millionaires who were not known to be very godly men, but he was determined to have an authentic ministry and preach the Word. As time went on, one of the brothers died. The other brother who was still alive went to the pastor and said, “Now, Pastor, I know that you are going to be doing the funeral in a couple of days, and I also know that you want to build a brand new church. So I tell you what, I will put the money in the church’s account to build a brand new church if you say at my brother’s funeral that he was a saint. All you’ve got to do is say that hewas a saint and you don’t have to worry about your new church building.”

The pastor felt himself on the horns of a dilemma. On the one hand, he desired to be truthful, and, on the other hand, he needed the cash for his church. The question was how to build his new church with the money sitting right in front of him, and yet be truthful when this guy was a crook.

The pastor thought for a second and then said, “Well, I will do it.”

The businessman wrote out a check for hundreds of thousands of dollars and gave it to the pastor. The pastor deposited it in the bank account of the church. It came time for the funeral. He got up to do the eulogy. As he stood, he said, “Ladies and gentlemen, we are here today to eulogize a very ungodly sinner. He was a very wicked man who was unfaithful to his wife, who was hot-tempered. He abused his children, he was ruthless in business, and he was a pure hypocrite. But compared to his brother, he was a saint.”

Jesus is concerned with truth.

What to do:
✞ Be truthful…but use some tact.