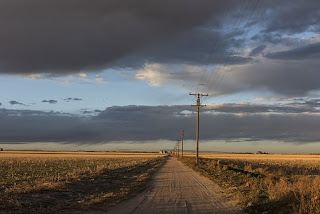 Key Verse: Verse 7 – “The LORD is good, a strong hold in the day of trouble; and he knoweth them that trust in him.”

Key Words: The LORD is good

Some 100 years earlier, Jonah had preached to Nineveh and told them to repent, which they did. Now over 100 years later Nineveh again is on the brink of destruction and Nahum tells them that God is good, and just as they had trusted Him after Jonah’s message, they should do so again because God does know who is trusting in Him.

When I was a boy growing up, I used to love to watch the telephone man. He was like superman to me because he could climb up on the telephone pole. He just seemed to be good at hustling up and down that thing.

I got a chance to talk to a telephone man one day. I was trying to find out how he managed getting up and down that pole so easily. He explained that, first of all, his shoes had spikes. Secondly, he explained that, in climbing, he made it a point to rest against his belt so that he could get a firm implant with his shoes.

The telephone man admitted that as a young man he really didn’t know how to do it, nor did he trust the belt. Instead of resting in the belt, he would slide down the post. As a result, he got quite a few splinters.