Daily Devotion: And the Miracle Is 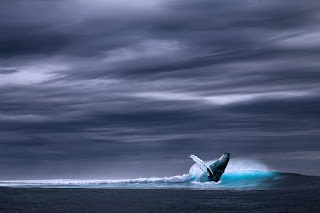 Key Verse: Verse 17 - “Now the LORD had prepared a great fish to swallow up Jonah. And Jonah was in the belly of the fish three days and three nights."

Key Words: Now the LORD had prepared a great fish to swallow up Jonah

Jonah was a native of Gath-hepher. He lived during the reign of Jeroboam II (790-749) and helped to recover some of Israel’s last territory (II Kings 14:25). So Jonah was a famous statesman, as well as a prophet.

Tony Evans says, “The big fish that swallows Jonah is no big deal. In 1891 off of the Falkland Islands, there were two fishing boats that were whale hunting. They came across a huge sperm whale. One fishing group shot harpoons into the whale. The other boat came around and began to do the same thing to get this whale, but the whale’s tail hit the second boat and knocked it over.

“There were two men on the second boat. One of the men drowned. The other man was not found. Two days later, a few other boats got this same whale and killed him. They brought the whale up to the shore, slit it open, and found the second man.

“The man was unconscious but still alive, and after care, resumed his life. This 'Jonah and the whale' story isn’t that far-fetched. Similar things have happened before. People read the Bible and say that the story of Jonah and the big fish doesn’t make sense, but it does. The miracle is not that a fish swallowed a man, because that has happened before. The miracle is that the fish paid attention to the Lord.”